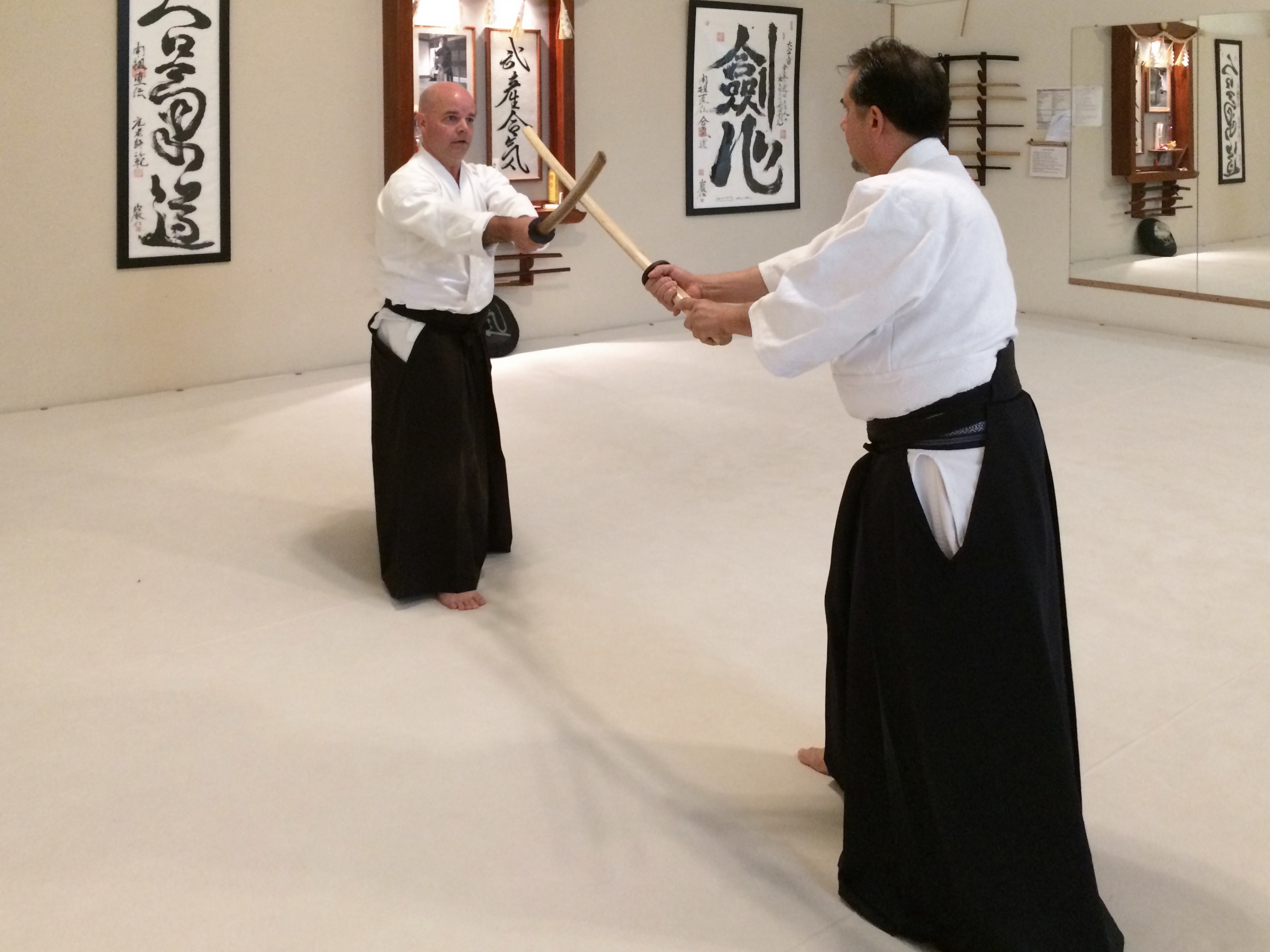 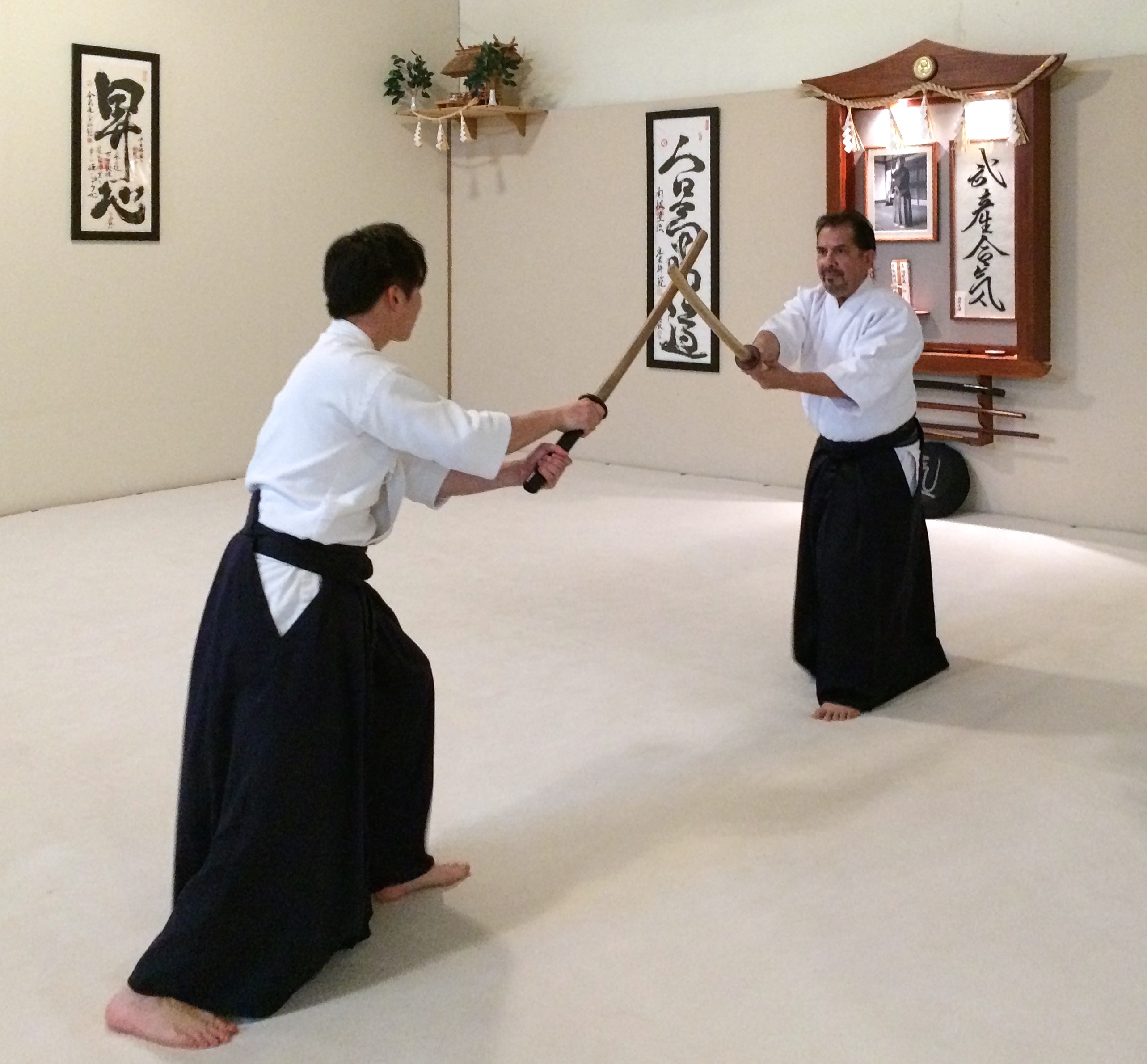 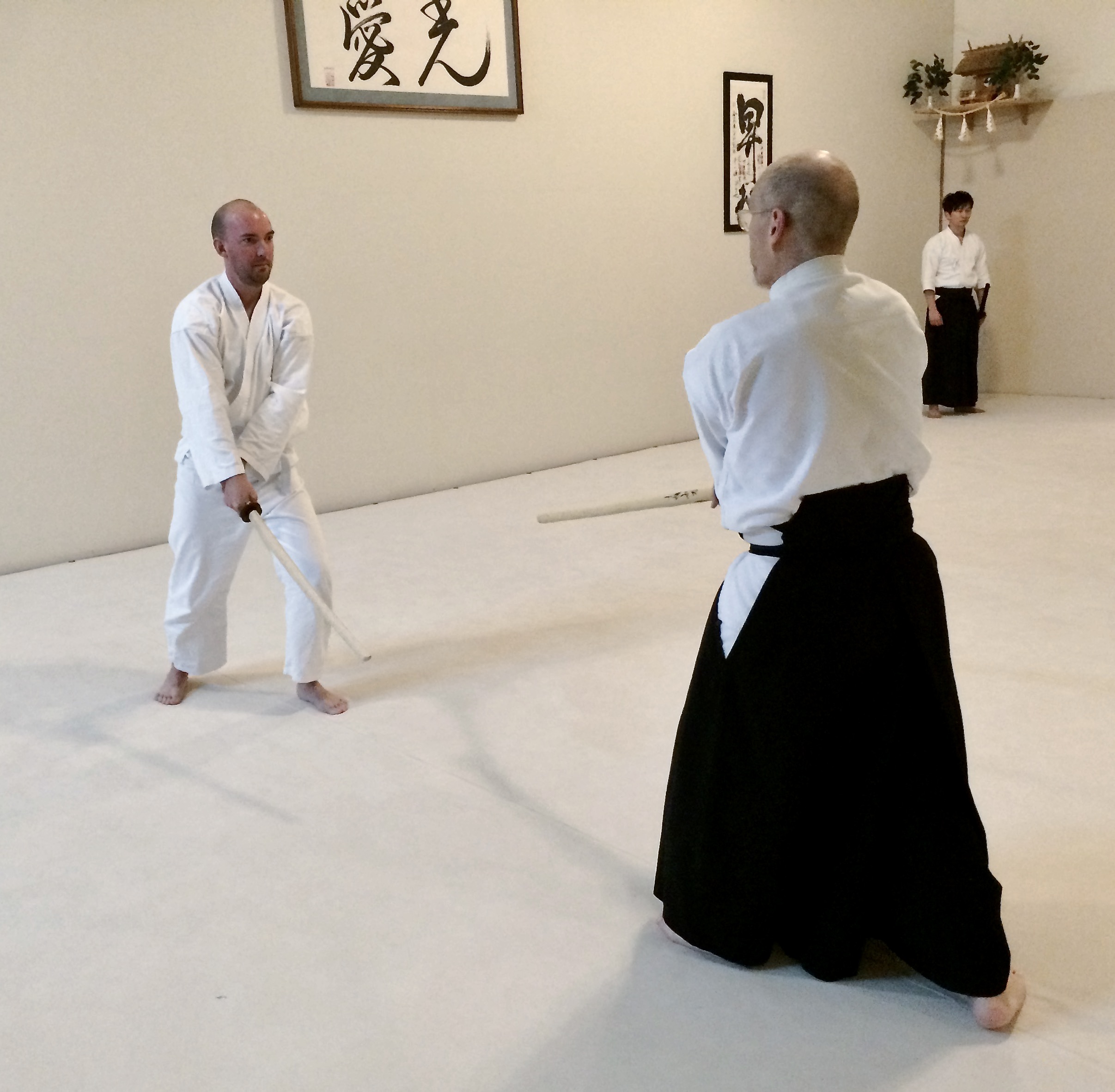 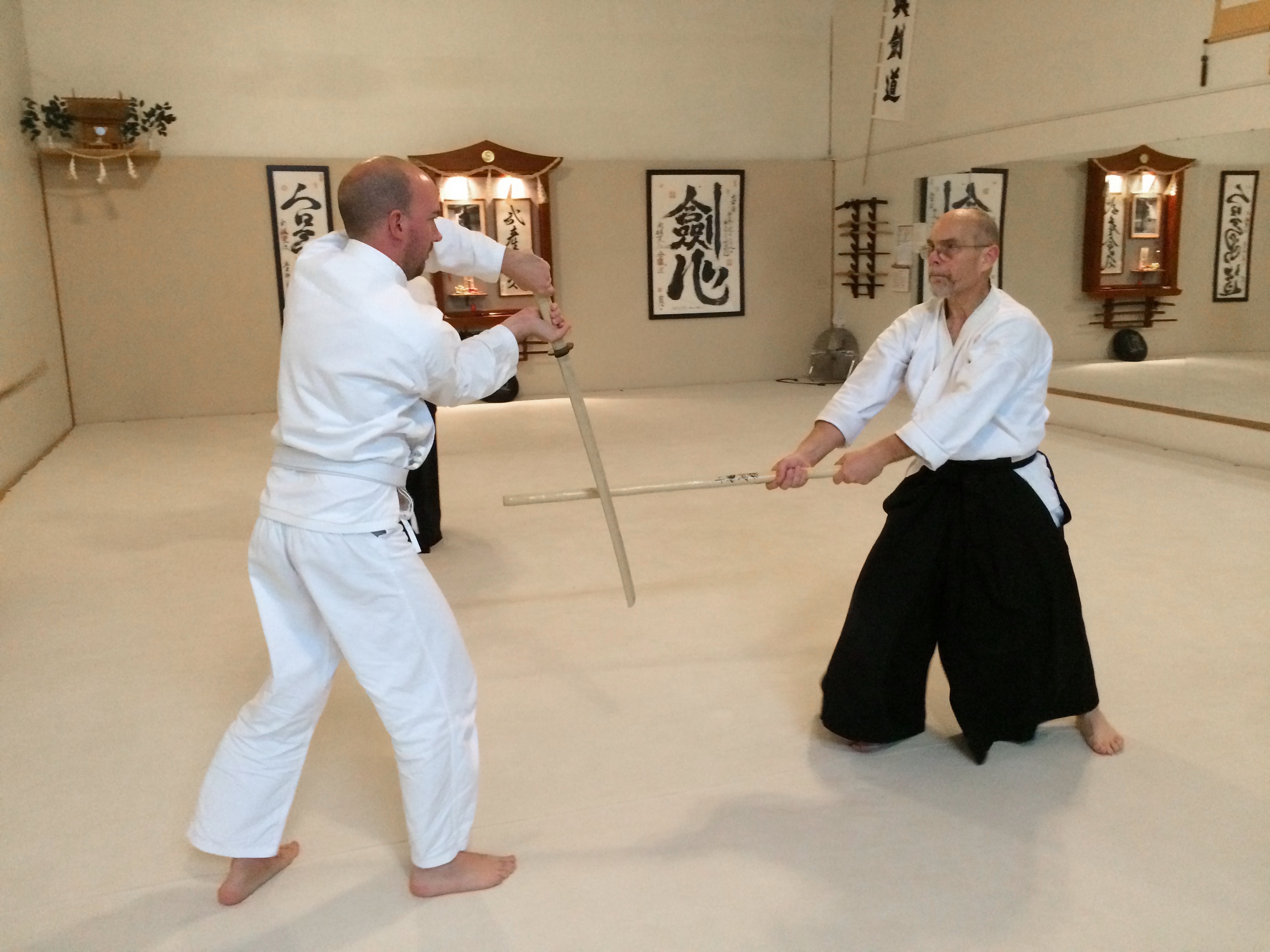 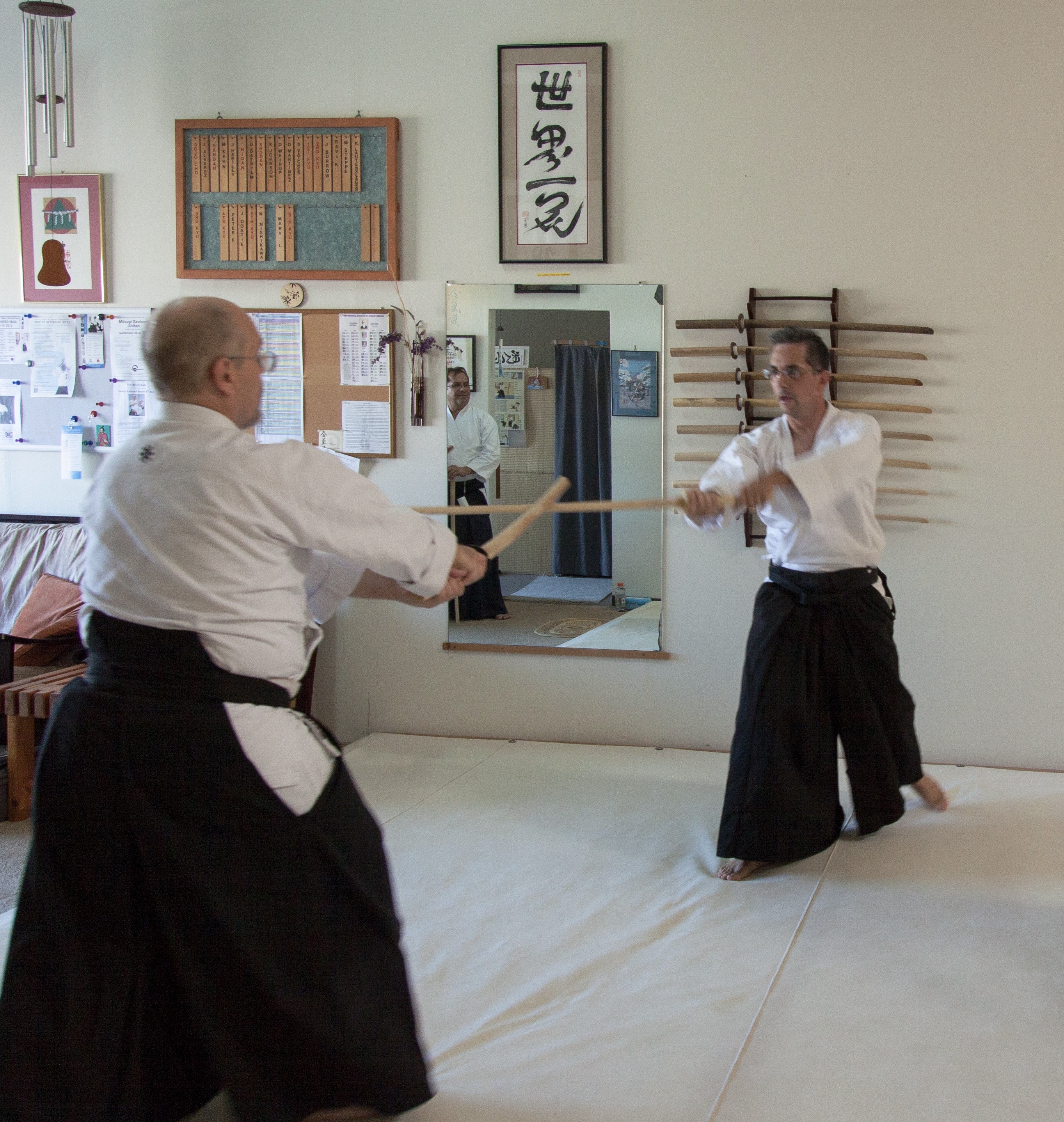 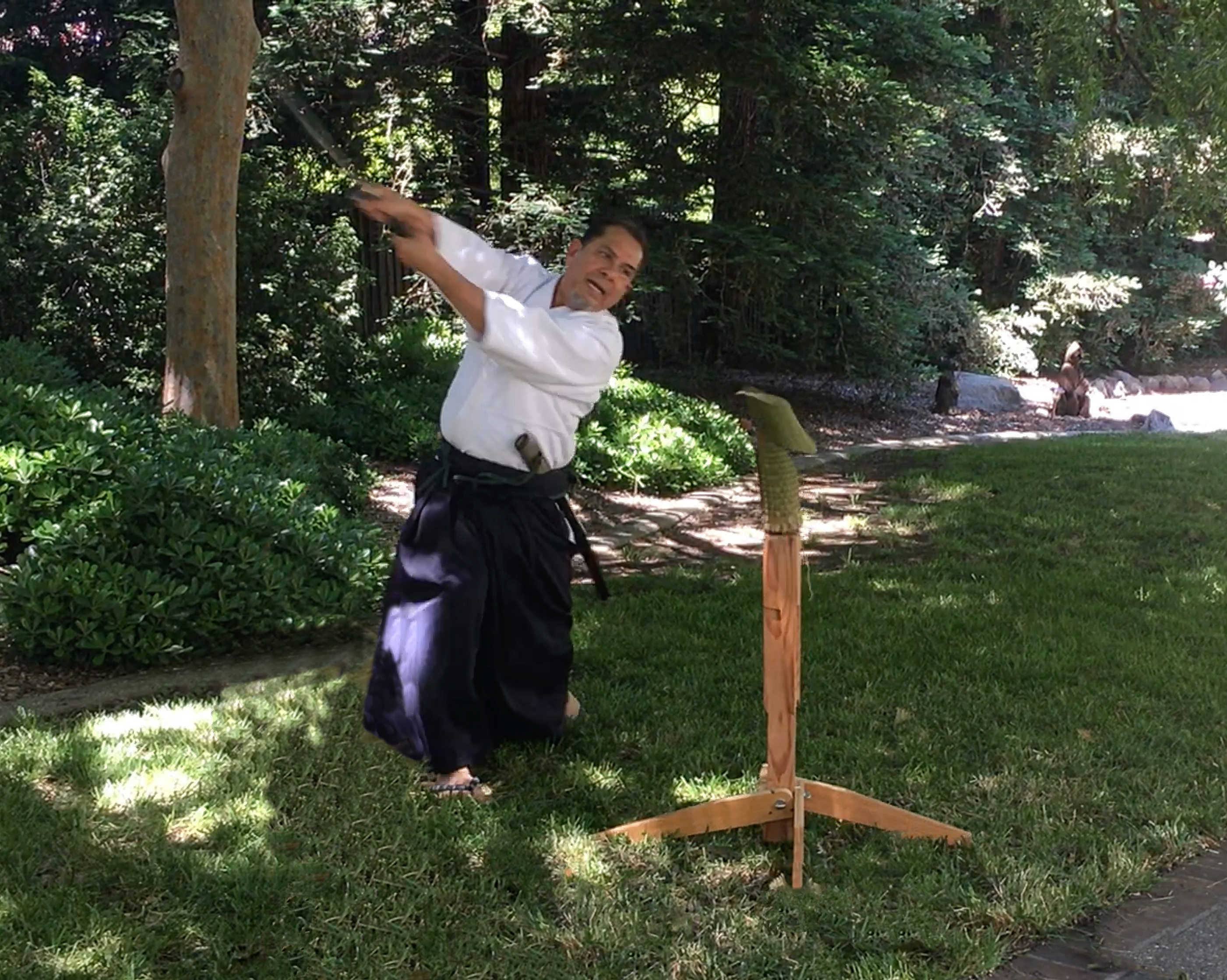 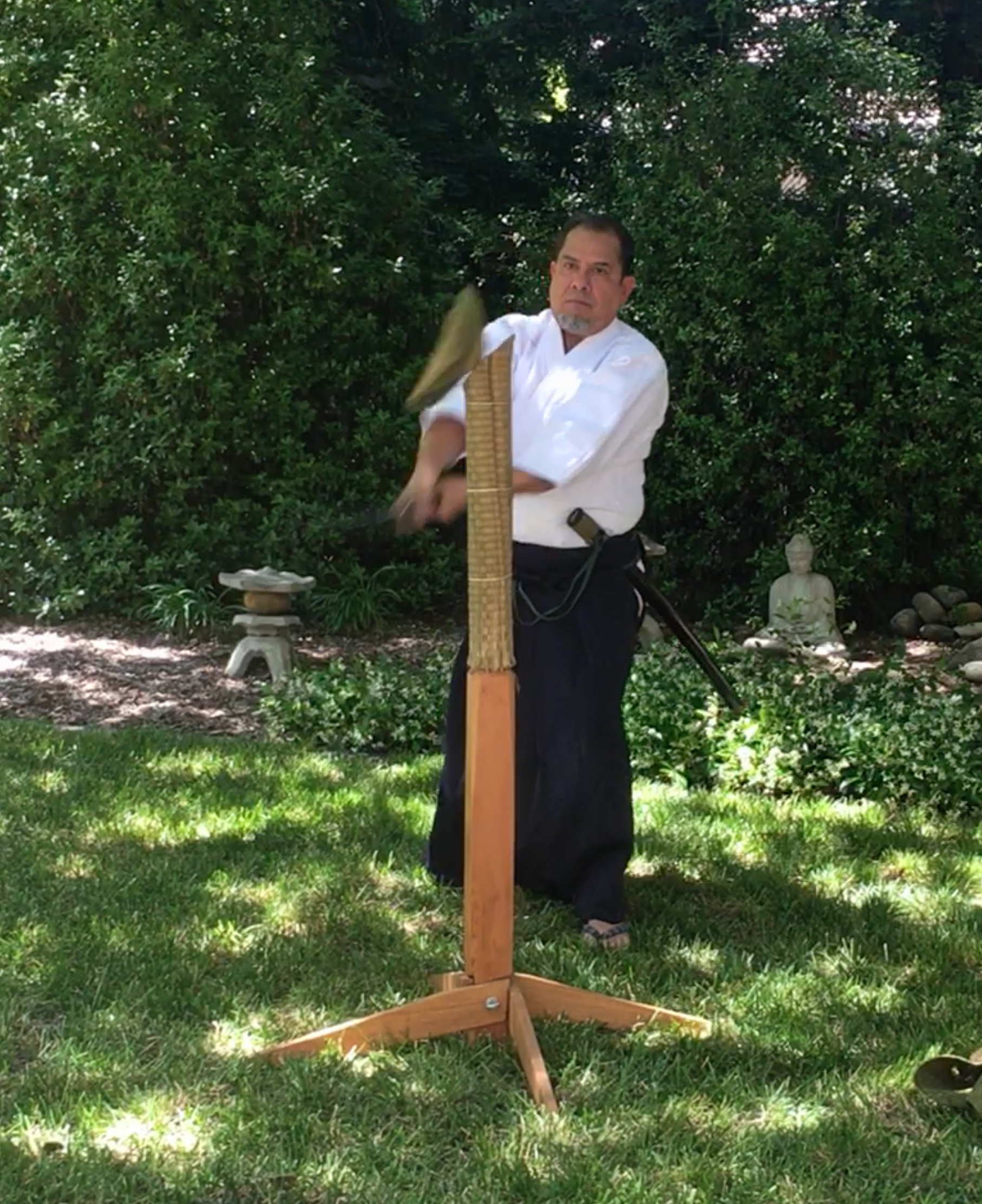 The Toyama Ryu Battodo (戸山流抜刀道) system stems from the Gunto Soho (military sword curriculum) of the Rikugun Toyama Gakko (Toyama Military Academy). The academy was formed in 1873 and officially adopted its sword curriculum to train officers of the Imperial Japanese Army in 1925.

Nakamura Taizaburo Sensei was one of the instructors at the Toyama academy and it is from his teachings that we derive our lineage. During the Second World War, he also was a member of the Nanpo Kirikomitai (Southern Special Attack Force), who were known for facing modern infantry carrying only their swords. His experiences using a sword in battle during the war caused him to make some significant changes to the original curriculum, as well as to develop Nakamura Ryu, his own system of swordsmanship.

It is this history which has made Toyama Ryu above all a simple and practical system of swordsmanship. Our Battodo (sword drawing way) curriculum comprises five areas of sword study, and includes Suburi (sword swinging/cutting exercises), Battoho (sword drawing forms), Kata (solo sword forms), Kumitaichi (sword training with a partner) and Tameshigiri (target cutting). In the beginning students practice using a Bokken/Bokuto (wooden sword), then once basic proficiency is gained they move on to using an Iaito (non-sharp sword), and then to a Shinken (real sword).

The benefits of Battodo training should go far beyond the physical. Working with a blade will sharpen the practitioner’s mental focus and strengthen their spirit.

Our system of Battodo was handed down to Jim Alvarez Sensei by Toshishiro Obata Sensei, founder of Shinkendo, who was an early student of Nakamura Taizaburo Sensei. Alvarez Sensei spent 30 years training under the guidance of Obata Sensei and brings the knowledge gained from those years into our overall sword training program. Aside from the Toyama Ryu, our system of Battodo also incorporates elements of two other schools of swordsmanship in which Obata Sensei trained. The kumitachi has been influenced by the Yagyu Shinkage Ryu, a medieval school of kenjutsu rooted in the Samurai warrior tradition, which he studied under the twenty-first generation Yagyu Headmaster, Nobuharu Soke. Our tameshigiri includes elements of the Ioriken Battojutsu, which he learned from Uchida Tetshinsai Sensei.

It is important to mention that aside from Nakamura Sensei, two other teachers, Yamaguchi Yuki Sensei and Morinaga Kiyoshi Sensei, carried the Toyama Ryu line forward. Also, over the years Nakamura Sensei made many changes to the system while teaching thousands of students. Therefore there are many different versions of Toyama Ryu being practiced now. At different times they call themselves Toyama Ryu Battojutsu, Toyama Ryu Battodo, Gunto Soho, Toyama Ryu Iaido and Nakamura Ryu, but they are all related to the original military system.